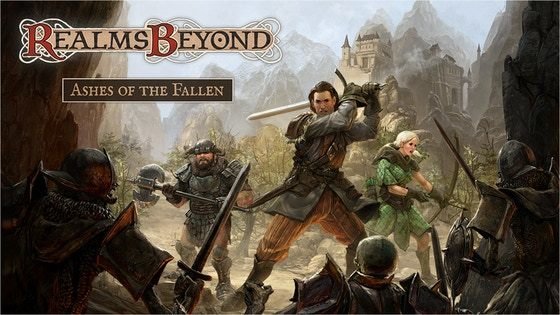 Lost Your Survey?
FAQ: Realms Beyond: Ashes of the Fallen

Yes, the EA access will include the complete toolset and you can already start to create your own adventures, dungeons or entire campaigns.

We will offer you a wide range of different templates from which you can choose your favorite statue type beforehand.

We already added more than 150 different statues and our “monumental” backers will gain access to the catalogue (incl. pictures) beforehand to choose their favorite. Along with the name, you can also contribute ideas for lore - our game designers will then adapt those to the existing world lore.

Are we creating our entire party a la Icewind Dale or is it more Baldur's Gate where we make a protagonist and can recruit NPCs for the party?

You can decide whether to create the whole party from scratch or to recruit some pre-existing NPCs. It’s up to you.

The maximum party size is 6 characters and you can mix and match as you like: create just one character of your own and recruit the rest, create 3 and recruit 3, create 5 and recruit one…

Party creation and composition is entirely in the hands of the player.

Why are there no sorcerers?

Because our other caster classes already work like that: you don’t have to memorize spells, instead you get a number of available spells per spell level per day. If you have one level 1 spell slot left, for example, you can spontaneously decide whether to cast magic missile, shield, burning hands etc. This works the same for all caster classes: wizards, clerics, druids, paladins.

If you’ve played the classic cRPGs Dark Sun: Shattered Lands or Knights of the Chalice, their magic system works in a similar way as ours.

How will you transfer the Kickstarter pledge?

Is there any chance for a Linux version?

The chance for that depends on the outcome of this campaign.

Our programmers here at Ceres Games are not familiar with Linux and they need to stay focussed on gameplay and tool coding. Significant additional funding above the basic goal could help us to hire a dedicated Linux/OpenGL programmer to do this job for us. But right now, we don’t want to make false promises in regard of the Linux version.

For undecided backers, we will make a clear statement regarding Linux a couple of days before this campaign ends.

It is too early to tell the exact length of the campaign. It will offer a lot of content to play through, so the playtime will be very long, but at this stage of development it’s impossible to tell you how many hours it would be (50h? 75h? 100h?). Besides, our campaign is very non-linear, offering the player multiple diverging paths, and in addition to that we have plenty of optional sidequests. Some people might just rush through the major questlines, others might take hours to explore the world, crawl through dungeons, and finish sidequests.

What is the extent of the combat beta?

The combat beta will include character creation (and pre-made chars) and a few battle scenarios. The level progression between those scenarios will be artifically high to test different character levels.

Do you plan to add a Dungeon Master mode?

We plan to implement a Dungeon Master mode but only after release. First and foremost, we’ll focus on finishing the single player part. The feature of playing the DM of your own adventures with your friends online is very important for us, especially in long-term.

Will the editor offer a coding language for scripting?

Will the game be available through GoG?

Yes, most likely. We’re already in contact with GoG and they told us that the game is very compatible with their audience. But they still need to playtest the game a little bit before adding it to their platform (curation process).

How can I order add-ons?

Please just add €25 (~$28 USD) to your pledge to get an additional digital version as download on Steam or DRM-free (most likely through GoG). If you want to order a second physical game box version (which comes with an extra digital version), please add €75 (~$80 USD).

As soon as the Kickstarter campaign ended, you’ll be able to select the add on you want.

BackerKit is a service that crowdfunded project creators use to keep track of hundreds to tens of thousands of backers—from shipping details, pledge levels, preferences and quantities, whether they have paid or had their card declined, special notes, and everything in between!

The BackerKit software and support team is independent from the campaign’s project team—BackerKit does not handle the actual reward shipping. For more information about the preparation or delivery status of your rewards, please check the project's updates page.

How does BackerKit work?

After the campaign ends, the project creator will send you an email with a unique link to your survey. You can check out a walkthrough of the process here.

I never received my invitation. How do I complete the survey?

The most common reasons for not receiving a survey email is that you may be checking an email inbox different from the email address you used to sign up with Kickstarter, Indiegogo or Tilt Pro account, or it may be caught in your spam filter.

Confirm that the email address you are searching matches the email address tied to your Kickstarter, Indiegogo, or Tilt Pro account. If that doesn’t work, then try checking your spam, junk or promotions folders. You can also search for "backerkit” in your inbox.

To resend the survey to yourself, visit the project page and input the email address associated with your Kickstarter, Indiegogo or Tilt Pro account.

How do I update my shipping address?

When will my order be shipped, charged or locked?

That is handled directly by the project creator. BackerKit functions independently of the project itself, so we do not have control of their physical shipping timeline. If you want to check on the project’s status, we recommend reading over the project's updates page.

I completed the survey, but haven't received my rewards yet. When will they arrive?

As BackerKit does not actually handle any rewards or shipping, the best way to stay updated on the shipping timeline would be to check out the project's updates page.