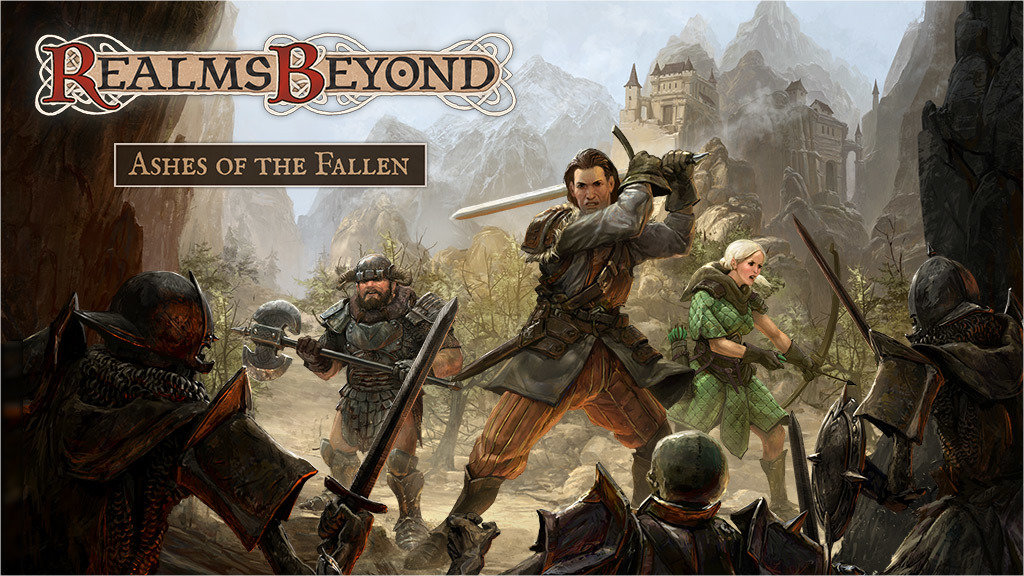 Realms Beyond: Ashes of the Fallen

Latest Updates from Our Project:

An adventurer should always keep his thoughts organized. During his journeys, he will come across many interesting characters who might offer him a job, or just have a skill that might come in useful one day. He might spot a locked door he can’t get open, but wants to remember the place to check it out later. That’s where his journal and his map come into play.

Realms Beyond offers you a detailed journal and detailed minimaps for each location, so you can easily keep track of everything you have encountered on your travels. The journal will automatically record summaries of dialogues and list all the different quests you’ve learned about. To keep things interesting, the quest entries will not be updated automatically at every step of the way. While the clues themselves will be recorded, you have to connect them to the quest yourself!

As an example, let’s look at the simple quest of finding a buried treasure. A citizen of Vedwyd has found an old diary and treasure map when he cleaned out his basement. They belonged to his great-grandfather, a pirate who, when he was older, settled down to live an honest life on behest of his worried wife. But before he settled down, he buried some of his treasure at a location only he knew: a chest containing jewelry that could easily have been identified as loot from a recently plundered merchant ship.

The diary contains a short description of the location, and the treasure map is a crude drawing of what it looked like. "Berried jewls at renner grov", says the diary. "Start at nearby cave entrans. East 6 steps. North 4 steps. Luk at pointy rok bitween 2 trees. Pik it up an dig belo." Clear enough instructions to find the treasure, one might think. But the man doesn’t know what his great-grandfather meant by Renner Grove. There is no grove with such a name nearby. Maybe there had been, once – his great-grandfather had lived long before the Cataclysm, and in the turbulent times that followed, the name may simply have been forgotten. There is a clue, though: there was a cave entrance in the grove’s immediate vicinity.

The journal will update with the basic information you’ve learned about the quest.

With this information in your tow, you can talk to other characters in town and ask them whether they know anything about a certain Renner Grove, or if they know any nearby groves that have a cave in their vicinity. And indeed, Amiella, the local hunter, knows about two groves in the nearby wilderness, both of them close to cave entrances. Both entrances connect to the same system of caverns, and they’re not far away from each other. She will mark both of them on your world map. The journal will automatically record this new piece of information you have learned, neatly sorted into the entries of interesting things you’ve learned from Amiella.

Now, with a proper clue, you can set out to look for the buried treasure. If you follow the instructions from the old diary – neatly recorded in your own journal – you can indeed find a pointy rock at one of the two groves. The old treasure map Mathis has given you can also help you determine which of the two locations is the right one.

Now that you found the rock underneath which the treasure is buried, you just have to pick it up and dig beneath it… oh, snap, you didn’t bring a shovel! You’ll have to head back to town and buy one. But wait! Since you found the spot, you should mark it on your map so you can find it more easily next time.

The minimap in Realms Beyond allows you to set your own markers in order to mark any location you find interesting. This comes in very useful when you explore dungeons or towns, as you can mark places that you want to return to later, or places that you think might hold some significance.

Some markers will be placed on the map automatically, triggered by interactions with objects in the world. As you can see on the screenshot, four of the markers look a little different. They haven’t been set by the player, but were placed after the player received some new information about the area. Areto’s Tomb was marked when the player read the inscription above the door, for example. The chamber of sacrifice was marked when he examined an offering bowl.

In addition to placing your own markers on the map, you can also write your own notes into the journal. Realms Beyond gives you all the tools you need to keep your information organized, without holding your hand. Important information is recorded automatically, but sorted by which character told it to you, not sorted by which quest it is related to – this way, you are free to make your own connections and come to your own conclusions, without the game doing it for you.

With our journal and minimap systems, we want to provide a user-friendly experience without taking away the feeling of discovery and accomplishment the old classics gave you. Of course, taking your own notes and placing your own markers on the map is entirely optional: something you can do if you feel that taking additional notes will help jog your memory. Giving the player options is what we’re all about, and allowing you to scribble all over your journal and map is one of those options.

Interacting with the Environment: yes, you can touch that!

Talking about the treasure hunt – as you may have noticed, it involves picking up a rock and digging beneath it. Many items in the game, and even some pieces of the environment (wall niches, inscriptions, a broken wall that looks climbable…) can be selected and interacted with. Every object can be scripted to be interactable and behave in different ways when interacted with.

Interactable elements will be outlined when you hover your mouse over them. But beware: not every interactable item is beneficial. Some might be devious traps: a magical trigger that unleashes a storm of fire when touched, a lever that locks the only exit behind you, a valuable artifact that makes arrows shoot out of the wall when you pick it up. But they can also open new ways: a heap of boulders that can be cleared by a character of high strength, a magical barrier that dissipates when touched by an enchanted weapon, a tree that can be hacked down to create a makeshift bridge over a narrow ravine.

The many pretty objects that clutter our world are not mere decoration, they are fully interactable and often serve a gameplay purpose. Always be observant, and you will find many things to play around with in Realms Beyond. And since every object you can interact with is highlighted when your mouse passes over it, it means that there’s no annoying pixel hunting. You will see at a glance whether you can do something with an object or not.

This allows us to add elaborate puzzles to the game, as well as alternate quest solutions and plain fun environmental interactions. A statue that requires an item to be placed in its opened hands in order to unlock a secret door. A merchant’s cart that can be toppled over to create a distraction. Or a magic stone that hops away whenever you try to touch it.

The interactable objects in our environments follow the three golden rules of our game design: interactivity, reactivity, and player choice.

Stay tuned for the next update where we will talk about the world of Realms Beyond a little!

we’re just over 48 hours into our campaign and we've reached an unbelievable ONE THIRD of our goal. And that's all thanks to you, our brilliant 883 backers!

We can't thank you all enough, really, BIG THANKS to everyone. It has been such a busy past couple of days, but we are overwhelmed by the support we have received from fans, friends and fellow developers. Especially the support of fans of classic RPGs means a lot to us. We’re humbled by all your comments and questions on the campaign page, your many mentions and tweets and posts on social media. We’re trying to reply to every one of them, even if it takes a bit longer at the moment as we’re working around the clock.

We’re almost ready for a content update, but in the meantime, we’d like to share with you how the journey started. Enjoy the stunning concept artworks of Robert Andreas Drude.

We will keep you posted on all developments. It'd be amazing if you could keep spreading the word.

Many thanks for all your support!